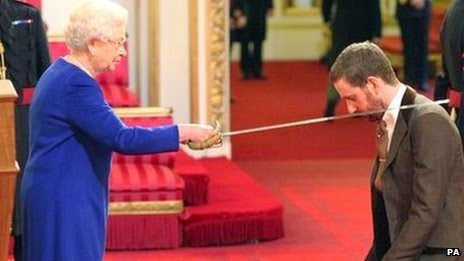 This week, following recent news items about Americans receiving knighthoods from HM The Queen, Canada's CBC Radio broadcast an interview with me as part of a segment about the desirability of Canadian knighthoods.

The segment may be heard here: Audio: Knighthoods for Canadians?

CBC Radio is also featuring an online poll in which Canadians can vote for one of the three Canadians I have suggested as suitable contenders for a titular honour: Astronaut Chris Hadfield, sportsman Wayne Gretzky and singer Anne Murray. 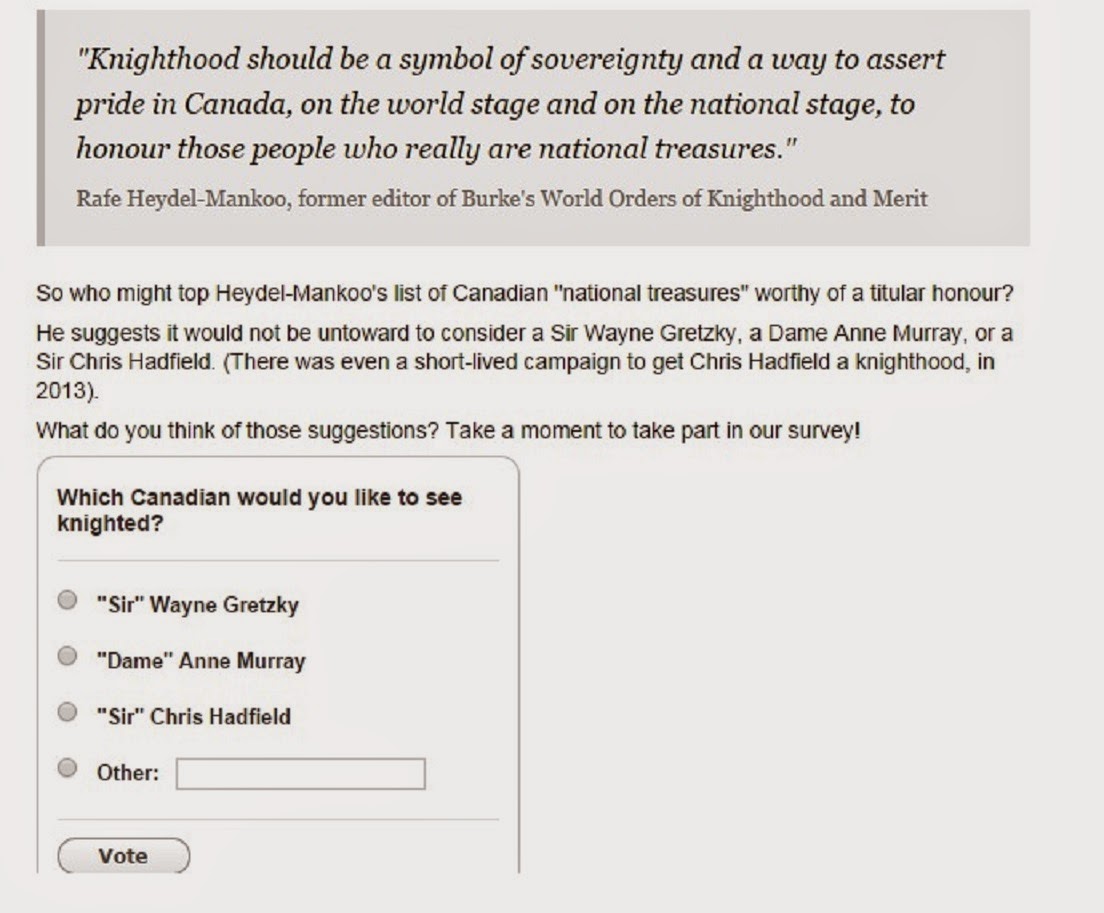 Voting is still underway at this link: Why Canadians can't be 'Dames' or 'Sirs'-- and why some people want that to change

Posted by heydel-mankoo.com at 14:12 No comments: