My letter to the editor of The Times following the publication of the obituary of HH Sri Uthradom Thirunal Marthanda Varma, Maharaja of Travancore was published today. The Maharaja's brother had been the last ruling Maharaja of Travancore and, in that capacity, was the hereditary guardian to a temple containing an ancient horde of treasure valued at many billions of pounds. However as hereditary guardians, generations of maharajas of Travancore, remaining true to their faith, refused to sell a single item from this immense treasure.

As a footnote to your obituary of HH Sri Uthradom Thirunal Marthanda Varma, Maharaja of Travancore, it is worth noting that his aunt Maharani Pooradam Thirunal Sethu Lakshmi Bayi (1895-1985) was the last Indian member of the Imperial Order of the Crown of India.

Founded by Queen Victoria in 1878, the Imperial Order of the Crown of India was a "ladies' order" restricted to female members of the Royal Family and Indian princely families, as well as the families of senior British officials in India. Sri Uthradom's aunt was appointed to the Order in 1929 in recognition of her service as Maharani Regent of Travancore (1924-1931) during the minority of her nephew, Varma's brother, Sri Chithira Thirunal Balarama Varma (later Major General HH Sri Chithira Thirunal Sir Balarama Varma, GCSI, GCIE, the last ruling Maharaja of Travancore). Along with the insignia, members were entitled to bear the post-nominals "CI".
Following the deaths, in fairly short succession, of HRH The Princess Margaret, Countess of Snowdon, HM Queen Elizabeth the Queen Mother and HRH Princess Alice, Duchess of Gloucester, the Imperial Order of the Crown of India now has only one surviving member: HM The Queen (who is also Sovereign of the Order). Through this membership The Queen provides one of the last direct connections to the British Raj.

Lord Mountbatten once said of the Maharani of Travancore: "No one who met her once could ever forget her. She stands as a shining example to womanhood as a great queen and a great woman." I'd wager many would say the same of our own Queen.

Posted by heydel-mankoo.com at 14:03 No comments: 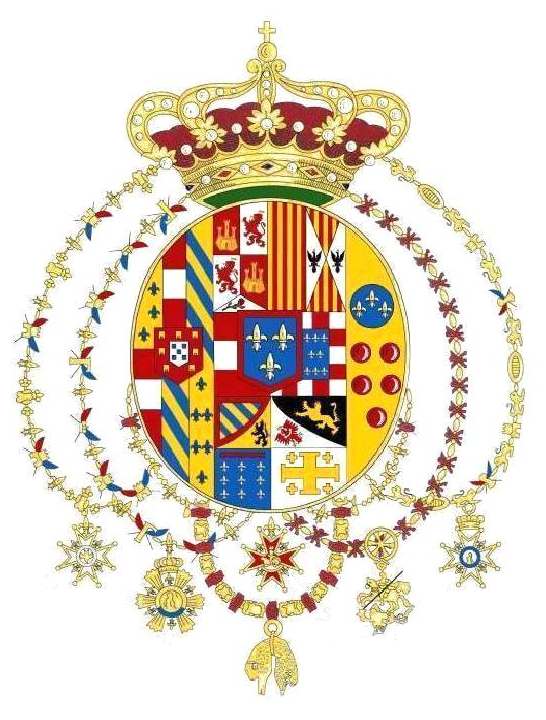 Yesterday, Friday, 24 January 2014, was a day of great importance for the Royal House of Bourbon Two Sicilies, for the Illustrious Royal Order of St. Januarius/San Gennaro, for the Sacred Military Constantinian Order of St. George and for all their friends and supporters.

An Act of Reconciliation between both branches of the House was signed in Naples by HRH Don Pedro, Duke of Noto, son of HRH The Infante Don Carlos, Duke of Calabria (head of the Spanish line), and HRH Don Carlo, Duke of Castro (head of the Neapolitan line). Let us hope that this will be but the first step towards greater cooperation and an enduring and harmonious rapprochement. 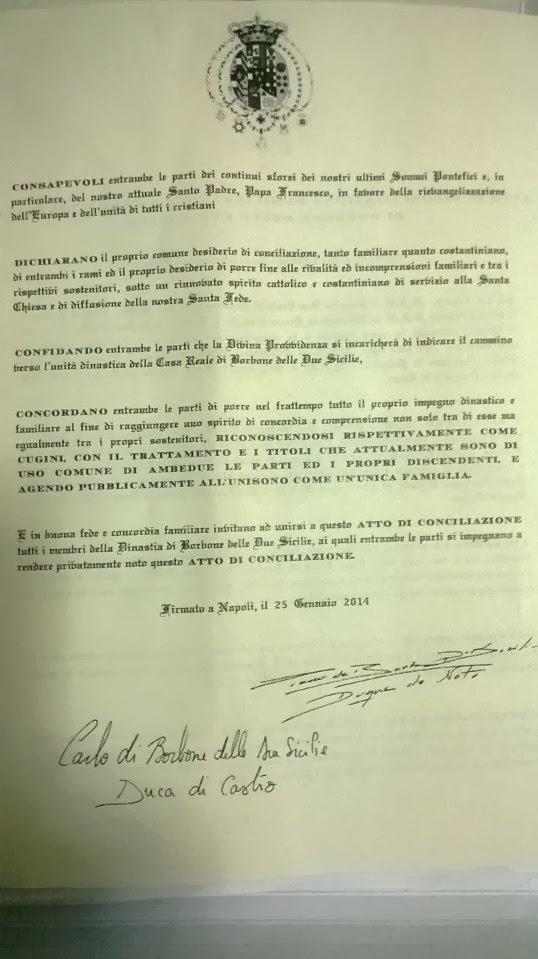 The two branches have come together in Naples for the Beatification of HM Queen Maria Cristina of the Two Sicilies (1812-1836), the first Queen consort of Ferdinand II of the Two Sicilies, which takes place today at the Basilica of Santa Chiara, where HLM is buried.

Centenary of the Death of a Titan of the British Empire: Lord Strachcona and Mount Royal -- Candian imperialist, philanthropist, businessman (1820-1914)

Today, 21 January 2014, marks the centenary of the death of one of the towering figures of the British Empire: the great Canadian imperialist, philanthropist, businessman and politician, Donald Smith, 1st Baron Strathcona and Mount Royal, GCMG, GCVO, PC, DL.

Having achieved phenomenal success, wealth and power in Canada, Lord Strathcona spent his final years in London. Appropriately for a great architect of the British Empire, his funeral service was conducted at Westminster Abbey, where a commemorative stained glass window remains to this day.


Despite his extremely long, successful and varied career, Lord Strathcona is perhaps best remembered for driving "The Last Spike" into the transcontinental Canadian Pacific Railway, the construction of which was essential for the creation of modern Canada and became a symbol of national unity.

The photograph taken of Lord Strathcona on that occasion (shown below) remains one of the iconic images of Canadian history and is regarded as a symbol of national pride and achievement.


Born in Scotland in 1820, Donald Smith emigrated to Lower Canada at the age of 18 to take up a position with the Hudson's Bay Company. He steadily rose through the ranks of the Company whilst simultaneously finding time to successfully stand for election: first to the Manitoba legislature and subsequently to the Canadian House of Commons, where he sat intermittently from 1871 through to the 1890s, staunchly defending the Hudson's Bay Company. Smith would eventually become a commissioner of the Company, its principal shareholder and, ultimately, its 26th Governor -- a position he held until his death. His 75 year record of service with the Hudson's Bay Company remains unequalled.

A silent, but substantial, partner in the syndicate that founded the Canadian Pacific Railway, Smith became a director of the company in 1883 and had the honour of driving the Last Spike into the transcontinental railway 5 years later. During this same period, Smith, who had earlier helped established the Bank of Manitoba, was appointed to the board of the Bank of Montreal (1872), subsequently becoming Vice President (1882) and President (1887).

In 1896 Smith declined the offer to succeed Canadian Prime Minister Sir Mackenzie Bowell and, instead, accepted appointment as Canada's High Commissioner to the United Kingdom. A month after his appointment he was elevated from Knight Commander of the Order of St. Michael and St. George (1886) to Grand Cross of the Order (GCMG) in The Queen's Birthday Honours List. A year later he was created Baron Strathcona and Mount Royal, of Glencoe in the County of Argyll and of Mount Royal in the Province of Quebec and Dominion of Canada.

Continuing his business interests, Smith helped to establish the Anglo-Persian Oil Company (the forerunner of British Petroleum / BP) and would become its chairman in 1909. 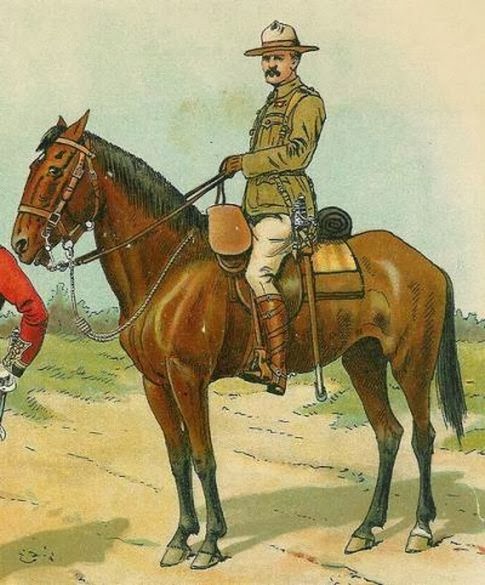 During his service as High Commissioner in London, Lord Strathcona raised a private unit of Canadian soldiers to fight in the Second Boer War. One of the last private regiments to be established during the British Empire, the Strathcona Horse was recruited and equipped at Lord Strathcona's expense.

According to tradition, the famous "Strathcona Boots" worn in dress uniform by the Royal Canadian Mounted Police were adopted by the Mounties after they served with the Strathcona Horse during the Boer War. The famous stetsons worn by the Mounties were also allegedly inspired during this period, perhaps from the Strathcona Horse. Disbanded in 1901 and revived in 1909, with augmentations to its name, Lord Strathcona's Horse (Royal Canadians) exists today as a regular armoured regiment of the Canadian Army with HRH The Prince of Wales as its Colonel-in-Chief.


In keeping with the spirit of the age, Lord Strathcona became one of the Empire's greatest philanthropists, using his wealth to support organisations in the UK, Canada and across the Empire. With his cousin and Canadian Pacific Railway partner Lord Mount Stephen, Lord Strathcona funded the construction of Montreal's famous Royal Victoria Hospital. Established in 1893 "to be for the use of the sick and ailing without distinction of race or creed", the "Royal Vic" was the most advanced and best equipped hospital in North America. The hospital exists to this day and is closely affiliated with that other great Montreal institution, McGill University. A major benefactor to McGill, Lord Strathcona established a school for women there in 1884 and would become Chancellor of the University from 1888 until his death.

In Britain his philanthropy contributed to Aberdeen University, the Sheffield Scientific School and the Imperial Institute (later the Commonwealth Institute), the original site of which is now home to Imperial College in South Kensington. He also contributed generously, along with his cousin Lord Mount Stephen, to The Prince of Wales Hospital Fund (now The King's Fund). In 1908 King Edward VII (who regarded Lord Strathcona as a friend) appointed him a Knight Grand Cross of the Royal Victorian Order (GCVO).

Through Lord Strathcona's generous endowment to the Royal Canadian Army Cadets and his desire to promote patriotism, the Lord Strathcona Medal was established as the highest award that can be bestowed upon a Canadian cadet. Today it continues to be conferred in recognition of outstanding performance in physical and military training.

In England, Lord Strathcona lived at 53 Cadogan Square in London and leased Knebworth House until his death. In Scotland he owned Glencoe House and Colonsay House (having purchased the Inner Hebrides island of Colonsay in 1905, which remains in the possession of the family today). In Montreal Lord Strathcona lived at 1157 Dorchester Street in the famous Golden Square Mile.

In Britain his memory endures though the memorial stained glass window erected in Westminster Abbey (see below) and also at his imposing Mausoleum in London's celebrated Highgate Cemetery. 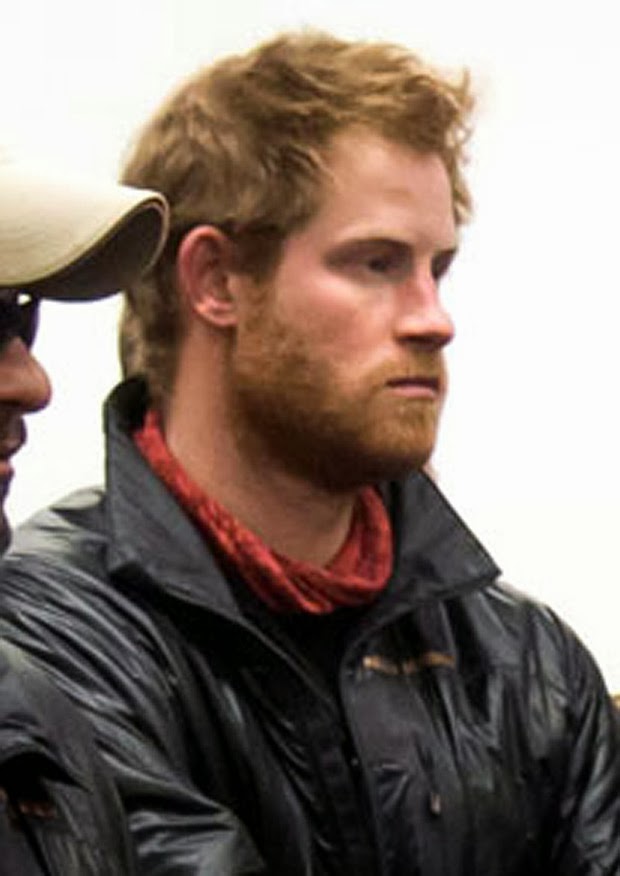 Newspapers and websites are reporting that The Queen "intensely dislikes" facial hair and has "ordered" her grandson Prince Harry to shave the beard he acquired during his recent charity trek to the Antarctic. I would never presume to know the Sovereign's view on beards, but almost all the male members of her family have sported beards at some point:

When The Queen was born, her beloved grandfather, King George V, sported the most famous beard in the land:


During the Second World War, The Queen's future husband kept to naval traditions by cultivating an impressive beard:


And every generation of royal seems keen to try the look:


One wonders what the King of Beards is thinking today...


And if beards are a bit too much, there's always the moustache. In 1975 HRH The Prince of Wales shaved off the beard he had acquired during a naval tour of the Canadian Arctic but kept his moustache for his installation as Great Master of The Most Honourable Order of the Bath at Westminster Abbey: 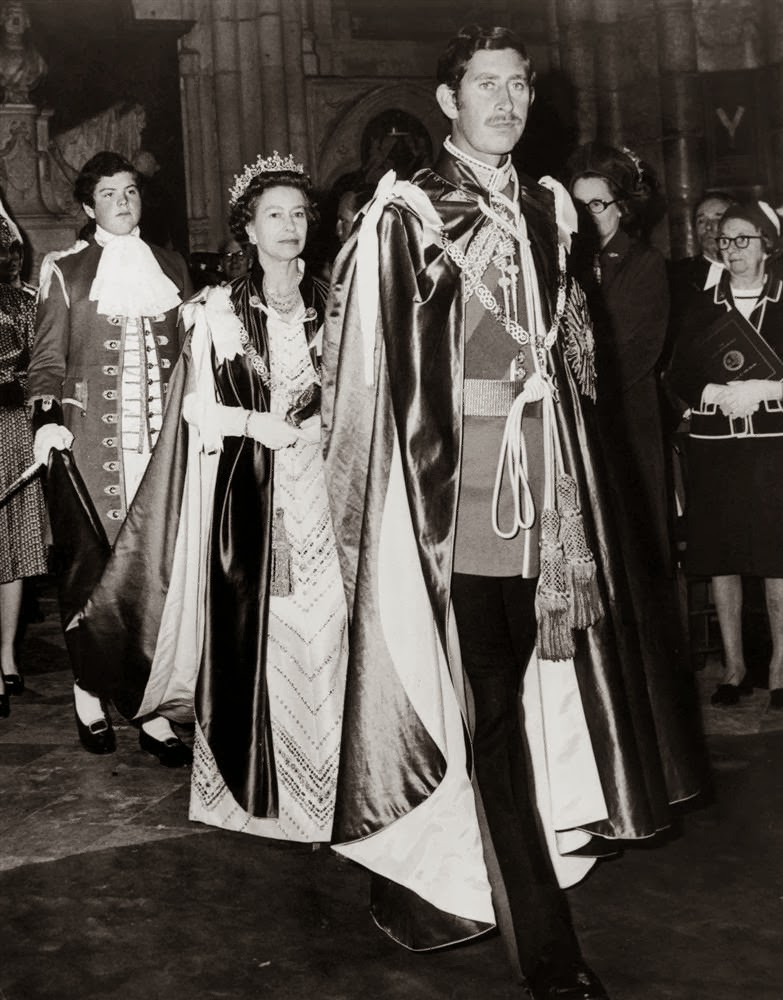 Posted by heydel-mankoo.com at 17:21 No comments: