[YouTube video clip of the TV programme may be viewed below]

I was recently approached by "Today Tonight", a leading investigative journalism TV programme in Australia. The producers were keen to expose two brothers living in Adelaide who were posing as Polish "royal" "princes", styled "Serene Highness". Needless to say, neither individual appears in any of the historical sources or reference works for the titled Polish nobility. The evidence is clear: the brothers are nothing more than self-styled "wannabe princes" and rather sad and wilfully deluded "Walter Mitty" characters living in a fantasy land.  Normally, this would not be an issue of great concern, (in my field of work I encounter many self-styled characters) but they have managed to convince a number of well-meaning individuals that they are the real McCoy (and this includes distinguished people in other countries as well as some members of notable families inviduals in Asia and elsewhere).  Of course this should not be surprising. People are generally trusting and would have no reason for suspicion or to question someone's use of a title (why would they?) -- furthermore, Polish titles are so obscure that most people would not know how to check the authenticity of any claim. Alas, the realisation that these two brothers are not who they claim to be is bound to be extremely embarrassing to their supporters and those who have become their social acquaintances.

The documentary "Phoney Royals", Exposing Two Self-Styled Polish Princes Living in Adelaide may be viewed via YouTube in this video:
Not only do these two brothers pose as "Polish princes", one of them has also worn Australian medals and decorations which were never awarded to him (including bravery medals and the Order of Australia). A photograph of him wearing these medals may be seen in the video clip above. To wear orders and medals to which one is not entitled is a criminal offence in Australian law carrying the possible penalty of imprisonment. Bearing all of this in mind, I therefore had no hesitation in agreeing to participate in this TV programme.

It is interesting to note that after the TV programme was aired, the two brothers protected access to their website by making it available only to those who have login usernames and passwords.


Posted by heydel-mankoo.com at 23:21 No comments:

London unveiling of bust of HRH The Duke of Edinburgh, Colonel-in-Chief of The Royal Canadian Regiment 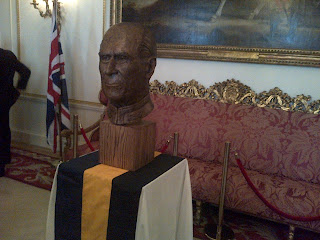 A bust of HRH The Duke of Edinburgh, commissioned by The Royal Canadian Regiment, was unveiled at a ceremony at Canada House in London's Trafalgar Square earlier this week. The sculpture is the first bust of The Duke of Edinburgh to have been sculpted by a Canadian who has been granted private sittings with The Duke. HRH is depicted wearing his uniform as Colonel-in-Chief of The Royal Canadian Regiment, a position he has held since 1953.

HRH The Duke of Edinburgh was unable to attend the unveiling due to his ongoing convalescence at Windsor Castle. However, HRH The Duke of Kent graciously agreed to represent Prince Philip and unveil the bust. Opening remarks and greetings were made by HE Mr. Gordon Campbell, Her Majesty's Canadian High Commissioner to The United Kingdom.

Following the unveiling, the Colonel of the Regiment, Colonel W. J. Aitchison, announced that the sculptor, Mr. Christian Corbet, had been appointed the regimental "Sculptor-in-Residence". Colonel Aitchison then asked The Duke of Kent to present Mr. Corbet with the regimental tie.

Immediately following the unveiling (and completely unrelated to it), The Canadian High Commissioner kindly presented me with The Queen Elizabeth II Diamond Jubilee Medal in a short ceremony.

The bust of The Duke of Edinburgh will be taken to Canada and put on permanent display at the museum of The Royal Canadian Regiment in London, Ontario.
Posted by heydel-mankoo.com at 08:56 No comments:

Debate on the UK Honours System 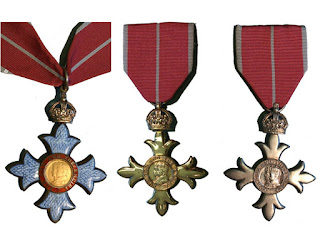 To coincide with the announcement of The Queen's Birthday Honours List, I was invited to debate the merits of the UK Honours System by the Speaker's Corner Trust, in partnership with the British Library.

The debate format is untraditional in that it is presented in an on-line written format of Proposition, Response and Conclusion.

The debate ("Honouring the Twenty-First Century") may be read at this link: http://www.speakerscornertrust.org/forum/forum-for-debate/

The Speaker's Corner Trust, which was founded by its current director Peter Bradley, is a registered charity which promotes free expression, public debate and active citizenship. Former Czech President Vaclav Havel is the founder patron, and the The Rt. Hon. Jack Straw MP and Sir George Young, Bt., MP. are amongst the members of its Advisory Council.


Posted by heydel-mankoo.com at 12:11 No comments:

The Russian Summer Ball, held in the sumptuous 17th century Banqueting House, is one of the jewels of the London summer.  This year's ball will be held on Saturday, 29th June. White Tie and Decorations or Black Tie.  Full details below. An experience not to be missed! 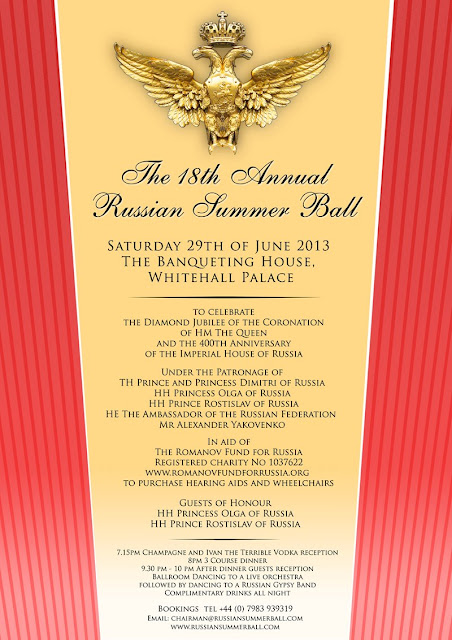 The Queen's 60th Anniversary Statue -- Coming to a Town Square Near You??

I am pleased to announce the launch of The Queen's 60th Anniversary Statue project. It is hoped that casts of The Queen's statue, one of which is currently on display at the Royal Academy's Summer Exhibition in London's Burlington House until August 2013, will grace public spaces in towns and cities across the Commonwealth. The statue has been carved by James Butler RA, one of Britain's foremost sculptors, whose work may be found across London. He also carved the Great Seal of the Realm.

This is an excellent project, which I heartily endorse. Towns and cities in Australia, Canada, New Zealand, the UK and The Queen's other realms, territories and dependencies now have the opportunity to acquire a statue of The Sovereign in much the same way as Victorian civic leaders acquired statues of their Queen (and which we can still see to this day).

"HM Queen Elizabeth II’s long reign has conferred a great continuity throughout times of unprecedented change. We believe that this quality will be best represented by a statue which will be the definitive and immediately recognisable image, one which is fit to stand alongside past monarchical icons.
"Our aim is for cities, towns and institutions around the UK and in the Commonwealth to be able to endow their public spaces with a statue which will undoubtedly become a much-photographed and appreciated new landmark, and in time a familiar and much-valued centrepoint within individual local and urban settings throughout the Commonwealth.
"And at a time of great concern about public fragmentation and the need for social cohesion, the statue will represent an enduring expression of the vital role of the Queen as an impartial symbol of national unity.

"The statue is inspired by the famous 1954 and 1969 portraits of the Queen by Pietro Annigoni. Her Majesty is shown in full Garter robes.
"The statues will be cast in 100% bronze. They will be exactly the same as the maquette and will be available in three different sizes: Half life-size, Life-size and Double life-size and prices, which, naturally may vary with the cost of metal and casting, will range from between £20,000 to £75,000 for a full preparation of cast and finishing. Please contact us directly to learn more about the pricing structure and costs.
For More Information on the statue and the project please click here to visit the Official Website: The Queen's 60th Anniversary Statue  or contact Mr. Peter Whittle: