Time for a Commonwealth Family Reunion

"For the past forty years we have spurned our ever-faithful Commonwealth family for the sado-masochistic thrill of a European affair – one that, as with many extra-marital trysts, has proved costly and unfulfilling....Gibraltar is merely the latest illustration of an incompatible relationship turned sour. Our future lies in a Commonwealth family reunion." – Rafe Heydel-Mankoo

The article below was originally published in The Commentator on 14th August 2013. The original article may be read at THIS LINK: http://www.thecommentator.com/article/4051/time_for_a_commonwealth_family_reunion 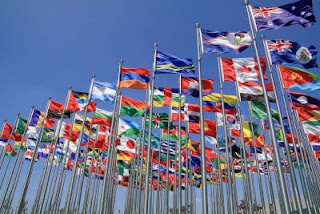 Britain is a cad.  If Terry Thomas were alive today he would probably denounce his beloved nation as a rotter, a stinker and an absolute shower – and rightly so. For despite our innate sense of moral virtue, our unshakable belief in British decency and integrity and our politicians’ unfaltering devotion to family, this nation is an international love cheat.

For the past forty years we have spurned our ever faithful Commonwealth family for the sado-masochistic thrill of a European affair – one that, as with many extra-marital trysts, has proved costly and unfulfilling. From demands for an end to the UK rebate, to Franco-German attempts to transfer financial regulation to the EU, Europe has failed to serve British interests. The Anglo-Spanish contretemps over Gibraltar is merely the latest illustration of an incompatible liaison turned sour. A healthy relationship shouldn’t be dominated by constant squabbling – it is time to admit that our fling was a mistake, to tell our dominatrix mistress that we just want to be friends, good friends, and to ask our dutiful Commonwealth kith and kin if they are willing to forgive us and work at restoring our natural partnership.

Unsurprisingly, our European affair started in the heady era of 1960’s free love, when hearts ruled minds and an uncertain post-Imperial Britain entered a mid-life crisis, abandoning its sober English-speaking partner for an impetuous continental coquette. The embarrassing Gallic rejection of Britain’s gawkish advances only served to enflame our yearning for continental consummation.

There are few things as pathetic as a deluded lover. Having won the affection of our courtesan, we giddily embarked on what we regarded as a “no strings” romance – however it was not long before our paramour began to demand increasingly greater levels of commitment. Love may be blind but it is inexcusable that we were wilfully blind – deliberately ignoring what our friends knew and what, deep down, our instinct told us. As the years passed, and even though the lust had long subsided, we accelerated down the autobahn and straight into to a civil partnership, with a loveless marriage seemingly our ultimate and unavoidable fate.

Luckily, as a nation of shopkeepers we were cautious about opening a joint bank account; and when it became clear that our irresponsible lover had spent her marriage dowry – apparently much of it on Porche Cayennes and Mediterranean swimming pools – we realised what fools we had been. Better late than never – but where do we go from here?

An acrimonious split from Europe would be spiteful and foolhardy. Our relationship had its positive moments and it is undoubtedly in our interest to remain best friends and business partners. But the romance is over. Time has ravaged our aging sweetheart – and not even the most expensive German cosmetic surgery can disguise the wrinkles.

Meanwhile, the Commonwealth family we long neglected has grown up. Young, vigorous and dynamic, fluent in English and trained in the common law, many members of our family have bright, prosperous futures before them. Indeed, compared with the European demographic dinosaur, it is easy to see that the Commonwealth is the future. Our far flung family is present in every continent, with two members in the G7 and five in the G20. The full potential of India, Malaysia and Singapore has yet to be realised. We are wakening up to this potential: between 2010 and 2012 the greatest increase in UK exports of goods and services was to Commonwealth countries.

Arch Europhiles are too cowardly to acknowledge that in the second quarter of this year we exported more outside the EU thanwithin. Indeed, by 2050 the Commonwealth could have a market approximately 10 times larger than that of the EU. Europhiles have lost their objectivity – and too much of their own credibility and reputation (let alone money) have been invested in the European project for them to admit their hubris. Nevertheless, it is becoming increasingly evident that we have backed the wrong horse – worse still, it’s a horse we partly own. Fortunately, if British economic and political history tells us anything, it is that we have always been able to ride at least two horses.

Thankfully, despite years of neglect and inattentiveness, our dependable Commonwealth family has not yet abandoned us. We still have time to renew and nurture the shared bonds that make us natural partners – it’s not too late. Having sown our continental wild oats we are coming to the realisation that blood is thicker than the waters of the English Channel.

An intelligent debate about maximising Commonwealth opportunities is long overdue. Europe has always known that we are more comfortable dealing with our Commonwealth cousins on matters of diplomacy, defence and security. We need to be mature enough to tell Europe that we also wish to forge independent economic and political relationships.

Our leaders ceaselessly pay homage to family values, affirming the family as the essential unit of society. How right they are. The Commonwealth shares common values, common beliefs, common interests and common sense. Let us stop avoiding the awkward conversation – it’s time for a family reunion.
Posted by heydel-mankoo.com at 10:41 No comments:

Occupation: Princess of the United Kingdom???

The birth certificate of Prince George of Cambridge was published this week. Much was made of the fact that the young prince's parents chose to list their occupations as Prince and Princess of the United Kingdom. Some columnists sneered at the suggestion that these ranks could be equated with proper job titles; others wondered why the Duke of Cambridge had not described himself as a search and rescue pilot.

To provide another example: as grandsons of King George V, HRH The Duke of Gloucester and HRH The Duke of Kent are both princes of the United Kingdom and they fulfil public duties as members of the Royal Family -- thus, each may describe his occupation as "Prince of the United Kingdom". However, their sons (respectively the Earl of Ulster and the Earl of St. Andrews) can not do so, even after they succeed to their fathers' dukedoms, as they will never be royal highnesses or princes of the United Kingdom (and consequently they will not receive funding for fulfilling public duties).
Posted by heydel-mankoo.com at 21:34 2 comments: