"Changing the Royal Succession and the Problem of the Realms" lecture 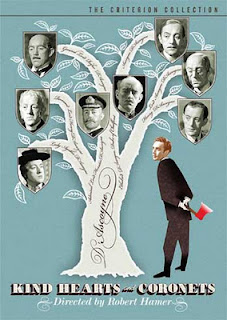 On 26 September 2011, the noted Australian constitutional expert, Prof. Anne Twomey of the University of Sydney, delivered an informal lecture entitled "Changing the Royal Succession and the Problem of the Realms", at the Constitution Unit, University College London.

The 45 minute talk (which may be viewed below) was an extremely useful introduction to the subject and succinctly summarises many of the key points. I recommend it to anyone interested in this complex topic. One of Prof. Twomey's conclusions was surprising -- it is her view that a major reason for British reluctance to tackle changing the order of succession is not fear of stoking republican sentiment in Australia or the Caribbean realms but, rather, fear of the Quebec legislature.

As is well-known, any change to the constitution that affects the position of the Crown requires the consent of each of Canada's 10 provincial legislatures. Monarchists believe that this constitutional entrenchment makes the Canadian monarchy the strongest in the Commonwealth. However, ironically, it now appears that this may also prove an unexpected impediment. Prof. Twomey believes that there is genuine fear that the Quebec legislature might decide not to approve anything that could be seen to strengthen the Monarchy.  On the other hand, one might hope that Roman Catholic Quebec would wish to support legislation intended to end anti-Catholic discrimination.

Of course, one might easily argue that the Canadian provinces do not need to be consulted on this matter as the change to the order of succession merely affects the identity of the person who occupies the "office" of Sovereign and does not alter the powers, position or character of the Crown -- and, therefore, these changes do not affect the Crown in the manner referred to in the constitution.  Furthermore, whereas the Australian states have a direct relationship with the Crown (State Governors are appointed by The Queen and not by the Governor General -- the Queen is as much Queen of New South Wales as she is Queen of Australia) the Canadian provinces do not -- the Lieutenant Governors are appointed by the Governor General not the Sovereign -- and therefore whilst the Australian states might well need to be consulted by the Australian Commonwealth, the federal government in Canada should not feel bound to consult the provinces.


Changing the Rules of Succession and the Problem of the Realms from Department of Political Science on Vimeo.
Posted by heydel-mankoo.com at 20:40 1 comment: