Victory for the Monarchy at Cambridge Union Debate - 27 February 2014 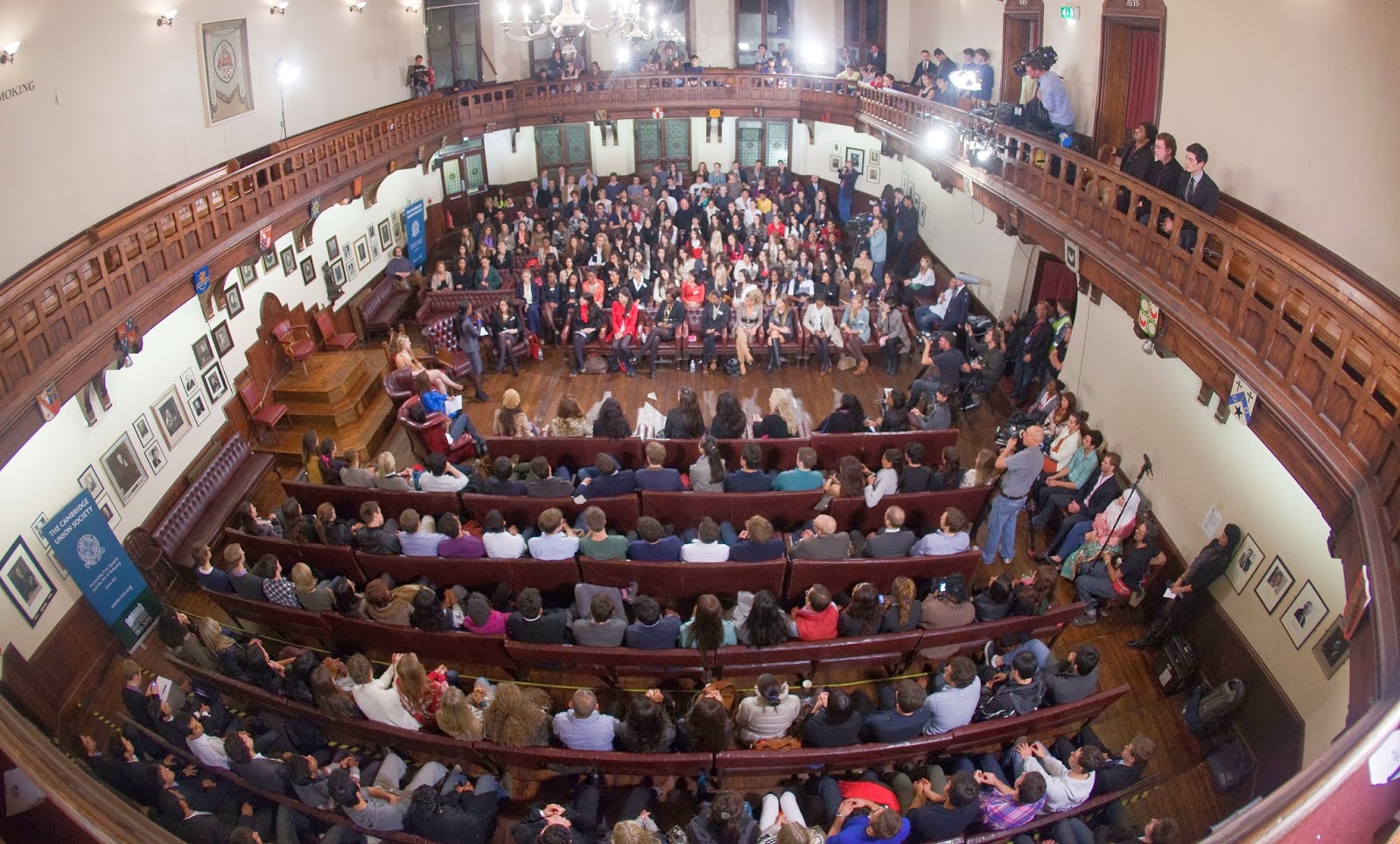 On Thursday, 27th February I was pleased to participate in a lively debate at the Cambridge Union on the motion "This House Would Abolish The Monarchy".

Founded in 1815, the Cambridge Union Society is the world's oldest operating debating society and the largest society at the University of Cambridge. The Union served as a model for the foundation of other university debating societies, including the Oxford Union and the Yale Political Union.


Full details of the debate and participants are included below:


This House Would Abolish The Monarchy

The announcement that Prince William is studying in Cambridge this term has prompted comment and outcry across the national and student media. The monarchy is Britain’s most iconic national institution, a central non-partisan plank of our constitution – according to some. For others, it is an outdated relic that impedes our democracy and entrenches elitism. In this debate, we put the arguments, and the modern monarchy, to the test.
Proposition:
Graham Smith is chief executive of the pressure group Republic, which calls for an elected head of state. Graham also writes for the Guardian.
Peter Kellow is Leader of the Democratic Republican Party, and writer for the Huffington Post. Peter believes there is a need for radical changes in UK politics.
Kate Maltby is a member of the executive team for Bright Blue, a pressure group for liberal conservatism. Kate writes for the Telegraph on politics and culture.
Opposition:
Hugo Vickers is known for writing royal biographies such as Elizabeth, The Queen Mother. Hugo was appointed Chairman of the Jubilee Walkway Trust in 2002.
Rafe Heydel-Mankoo is a historian and royal commentator. He is the deputy editor of Burke's Peerage: World Orders of Knighthood, and a Research Associate at the public policy think tank, ResPublica.
Rose Beale is a finalist at Trinity studying management. Rose has been involved in Trinity Politics, the Wilberforce Society and Cambridge Development Initiative.
RESULT:  Proposition AYES: 65. Opposition NOES: 105
Posted by heydel-mankoo.com at 13:36 No comments: