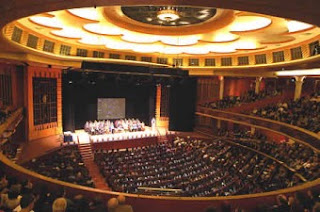 I will be appearing at Brighton's historic Brighton Dome on Tuesday, November 27th as a panellist for a public debate on the age-old Monarchy vs Republic Debate. The debate is sponsored by the University of Sussex and is part of their Sussex Salon Series  at the Brighton Dome.  Tickets are available VIA THIS LINK http://brightondome.org/event/56/sussex_salon_should_britain_become_a_republic/

The promotional blurb for the event follows:

The country may have celebrated the Queen’s Diamond Jubilee in spectacular style this year, but is everything really happy and glorious with the monarchy in 21st-century Britain – or is it time for Britain to become a republic?
What can we learn from monarchies that have become republics in the past? Does the issue even matter in the modern world?
A panel of experts including Sussex academics and supporters of both royalty and republicanism will discuss these and other questions at the next Sussex Salon event – Should Britain become a Republic? – at the Brighton Dome Studio Theatre on Tuesday (27 November).
The speakers are:
The Sussex Salon is a roundtable event where academics, practitioners and commentators share their views on hot topics. The audience is invited to join in either by asking questions or taking part in the snap opinion polls via the electronic voting system.
The series is organised by Dr Ruth Woodfield, a sociologist and Director of Widening Participation for the School of Law, Politics and Sociology.
Dr Woodfield says: “This debate promises to be a lively and informative event and we would love to have the public join us and contribute.”
The debate takes place at 8pm-10pm. Tickets cost £6 (£4 concession) and are available from the Dome Box Office, or call 01273 709709 to book.
Posted by heydel-mankoo.com at 20:41 No comments: