The New World steps forth to help the Old. 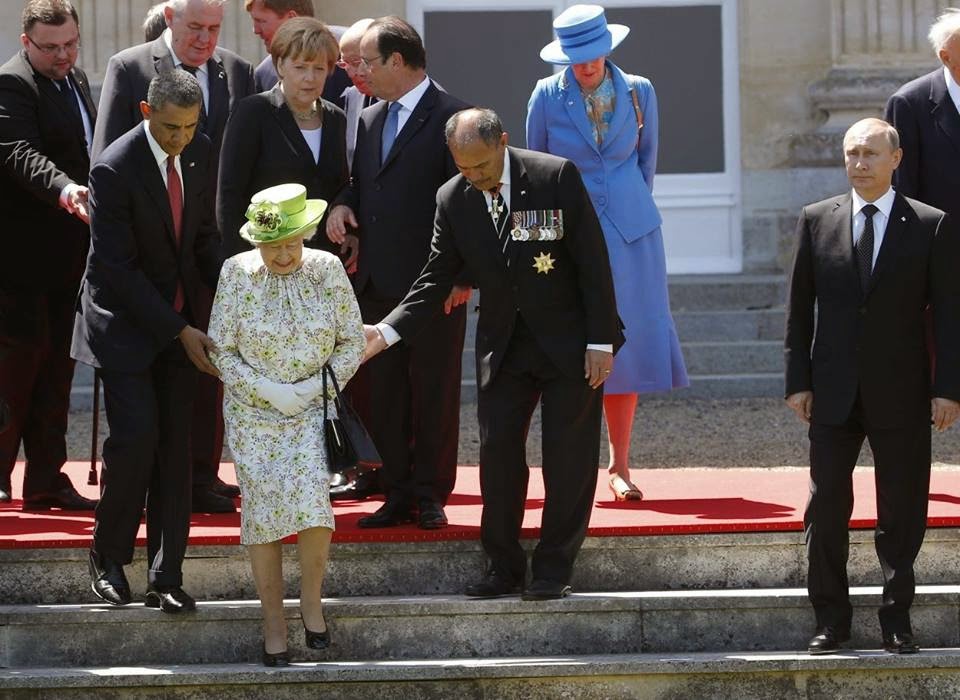 Seeing this image taken today in France of The Queen gallantly assisted by the President of the United States and the Governor General of New Zealand at the international ceremonies marking the 70th anniversary of D-Day, some words of Sir Winston Churchill immediately sprang to my mind:

"...the New World, with all its power and might, steps forth to the rescue and the liberation of the Old."

I shall refrain from commenting (as others already have) on the obvious symbolism of the Russian leader's isolation from the main group of western leaders.
Posted by heydel-mankoo.com at 15:51 No comments: