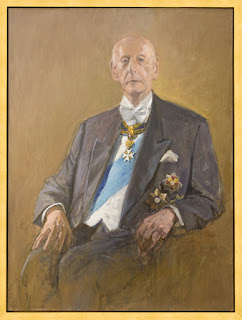 Deeply saddened to learn of the death in London yesterday of my friend, and (in my youth) my great mentor in matters nobiliary and chivalric, the celebrated philanthropist, anti-communist agitator, art historian and collector, Andrzej (Andrew) Ciechanowiecki (1924-2015), Knight of the Order of the White Eagle (Poland's highest honour, the equivalent of the Order of the Garter) and Grand Cross of the Order of Polonia Restituta. [Andrew held more Orders than almost anyone I knew]

At the outbreak of the Second World War, Andrew spent several weeks living with my grandparents (he and his parents were very old family friends). Having fought in the Underground Home Army in the Warsaw Uprising 1944 and escaping deportation to Siberia, he was sentenced to 10 years in prison in 1952 by the Polish communist governement for allegedly assisting British, American and Vatican spies.

Released after 6 years, he eventually arrived in the UK and became an extremely successful art dealer, most notably co-owning the Heim Gallery on Jermyn Street. He remained a Londoner, spending his final years in a beautiful flat on Mount Street off Berkeley Square.

Andrew's collection grew so large (he had one of the finest collection of bronzes) that he founded the Ciechanoweicki Foundation at the Royal Castle in Warsaw to hold much of his collection. Andrew played a huge role in obtaining art and furniture to fill the palace following its post-war reconstruction. He also curated several important international exhibitions of Polish art and treasures, largely self-funded the construction of a church on the outskirts of Krakow and also helped fund a wing of the University of New Mexico.
Very active in anti-communist international relations, Andrew was a friend of Pope John Paul II and many heads of formerly reigning royal houses. He was also extremely active in dynastic and confraternal military-religious orders.

Andrew was one of the most decorated men I knew. Wikipedia lists the following Orders:

In addition he was:

However to his English friends, who could not pronounce his surname "Ciechanowiecki" he was simply "Chicken and Whisky".

The funeral will be at the Brompton Oratory.

RIP
Posted by heydel-mankoo.com at 13:50 No comments: 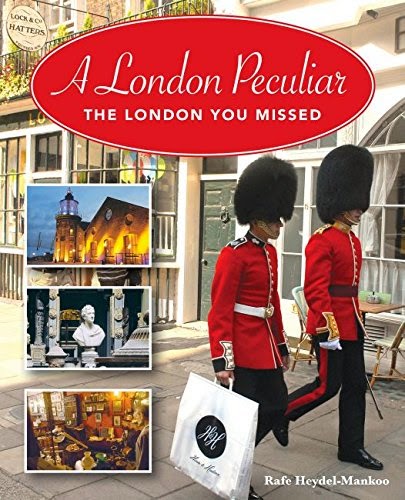